Tackling Vacancy:  Mow to Own 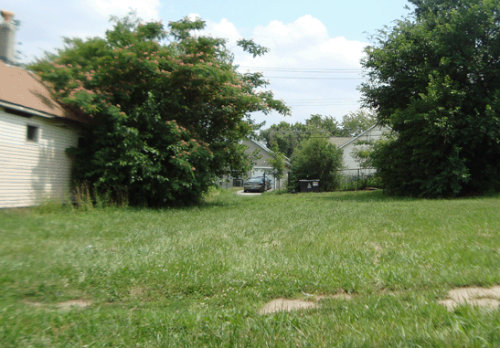 As part of a concentrated effort to tackle vacancy and abandonment, Mayor Francis Slay, along with Aldermen Cara Spencer and Chris Carter, announce the City of St. Louis Land Reutilization Authority's (LRA) new 'Mow to Own' program.

Mow to Own allows City residents to take immediate ownership of LRA-owned parcels adjacent to their property for just $125 if the resident agrees to continually maintain the lot. The City will give away the land itself for free. The $125 covers the title transfer and lien, should the new owner fail to maintain his/her new property. After 24 months of regular maintenance, the lien will be lifted and the property granted free and clear to the new owner.

The vacant lots available are underutilized and often a drain on City resources and source of complaints from surrounding neighbors. Offering this 'sweat equity' program helps return these parcels back to the tax rolls while giving residents a unique opportunity to expand their land ownership at very little cost.

When someone abandons his/her property and it comes under the control of LRA, City taxpayers wind up footing the bill for the maintenance on the abandoned property. The City's Forestry Division spends more than $1 million annually mowing vacant lots and land around abandoned buildings.

"Many of the lots eligible under Mow to Own are small enough to be considered someone's side yard, yet they are owned by the City," Mayor Slay said. "We know that there are a lot of good neighbors who are anxious to see these lots put back to productive reuse. In return, they will come off the City's mowing list and go back onto the tax rolls."

The City estimates that roughly 4,000 of these small lots are eligible for the Mow to Own program. Eligible lots must be less than 30 feet across and under LRA control for at least three years, because those small lots sitting in the land bank for that long are not as likely to be developed to create new housing, industry or jobs.

Successful applicants have to be current on their own real estate taxes, have no outstanding property violations, and own a home or apartment immediately adjacent to the lot they want. Interested residents may download an application from the City's website.

All transfers of property are contingent upon approval of the LRA Commission, which meets on the last Wednesday of each month at 8:30 a.m.

Mow to Own is another piece of Mayor Slay's concentrated effort to tackle vacancy and abandonment:

Mow to Own also fits into Mayor Slay's Sustainability Action Agenda on Urban Character, Vitality &Ecology in making LRA land available at no cost for productive reuse of the land.

The City of St. Louis has the oldest land bank in the . The Land Reutilization Authority was established in 1971 to take ownership of private abandoned properties. When a property owner fails to pay taxes for five years, the City's Collector of Revenue may sue and foreclose. There are at least five public tax foreclosure sales per year. Any properties not sold at the foreclosure sale are transferred into the LRA inventory to be maintained, marketed and sold. The sale dates and list of parcels for sale are listed online.

Group Photo of Elected Officials and Stakeholder at the Press Conference 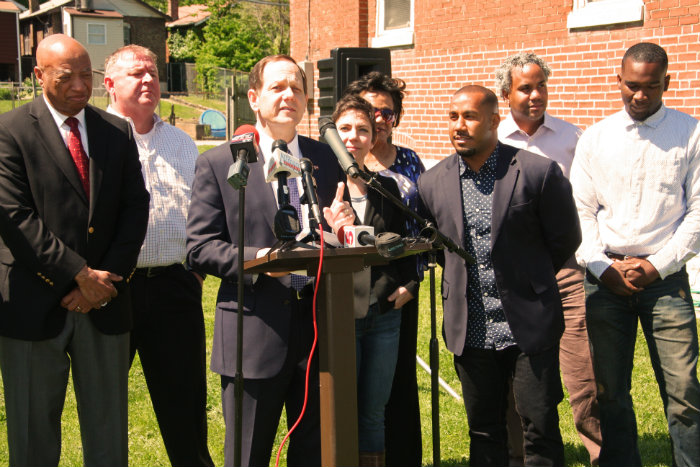