Board of Public Service

President, Board of Public Service 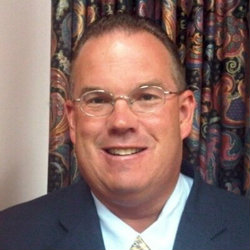 BPS President Richard Bradley was originally appointed by Mayor Francis Slay in June of 2009 and reappointed by Mayor Lyda Krewson in April 2017. Mr. Bradley is responsible for the President's Office which oversees the planning, design, and construction of all public works projects and contracts in the City of St. Louis.

As BPS President, Mr. Bradley is also responsible for the Equipment Services Division which manages, maintains, and fuels the City's fleet including fire apparatus, ambulances, light and heavy duty vehicles, as well as construction and maintenance equipment;  the Facilities Management Division which manages, maintains and provides support for all aspects of City owned buildings and facilities; and the management and operation of the Soldier's Memorial Military Museum. Mr. Bradley serves as the presiding officer at all weekly Board of Public Service meetings.