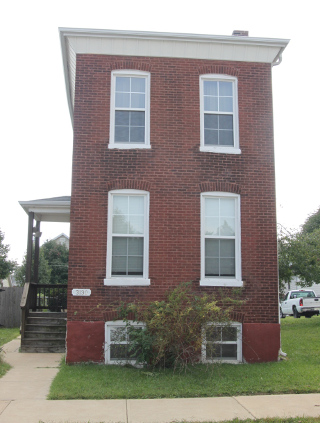 3130 Hickory Street, a house in the Compton Hill African American neighborhood, was the location of the birth of Marguerite Johnson, later known as Maya Angelou. The dwelling is the property in the City most closely associated with Ms. Angelou's years of residence in St. Louis. Although Angelou's childhood was spent mainly in Arkansas, this modest first home in a segregated St. Louis neighborhood helps to convey the journey Ms. Angelou made to become a renowned performer, author and outspoken civil rights activist.Her life was spent in many places in the United States and abroad. The house at 3130 Hickory comprises part of the history of one of the most prominent and respected women of her generation. Ordinance 70135 - effective December 12, 2015.