Overview and amenities for Lindenwood Park 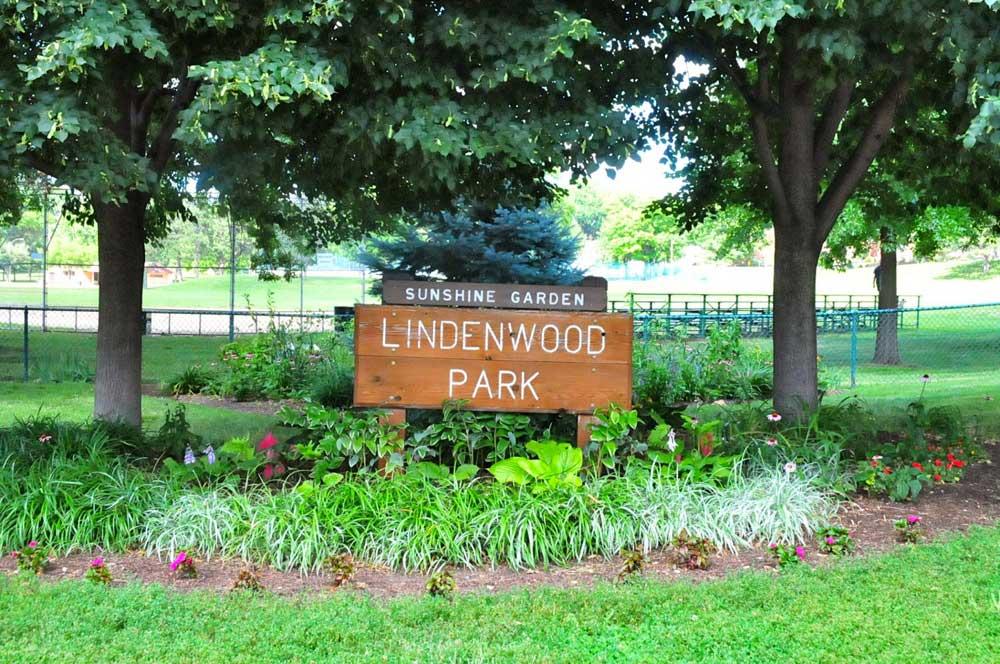 Lindenwood Park did not exist until after the 1955 bond issue. Then it was a four-block-long by one-block-wide area of woods with sinkholes and kids’ club houses.

Mrs. Schneidewind’s father was instrumental in getting the land (12 acres in all) donated to the city as a settlement with Darst Reality. Darst Realty, owned by then-Mayor Joseph Darst, intended to put 4-family housing units all over the tract, as well as the land north of Lindenwood Avenue and west of Prather.

After five years of lawsuits by the newly-formed Lindenwood Improvement Association, the Darsts offered the following deal:

If they could build 4-family housing units on both sides of Jamieson, from Lindenwood Place south to Bancroft, and along a new street called Wenzlick, from Lindenwood Place to Bancroft, they would donate the then-rugged tract of land that became the park to the city.
The settlement was finalized in court in 1946 through the efforts of James Bialson, an attorney who lived in the 6500 block of Mardel.
The city did not find the money to build the park until the 1955 bond issue which also authorized the building of Fire Station #31 on Donovan in St. Louis Hills. The Lindenwood Neighborhood supported both issues on the bond issue because they wanted the park developed and prior to this, all fire and ambulance responses were generated from Fire Station #35 at Arsenal and Macklind. They wanted a closer fire station for quicker emergency response.
The park development began in 1955 and has continued ever since as new residents have continued to both maintain and improve the park as a valued neighborhood asset.