Overview and amenities for Lafayette Park 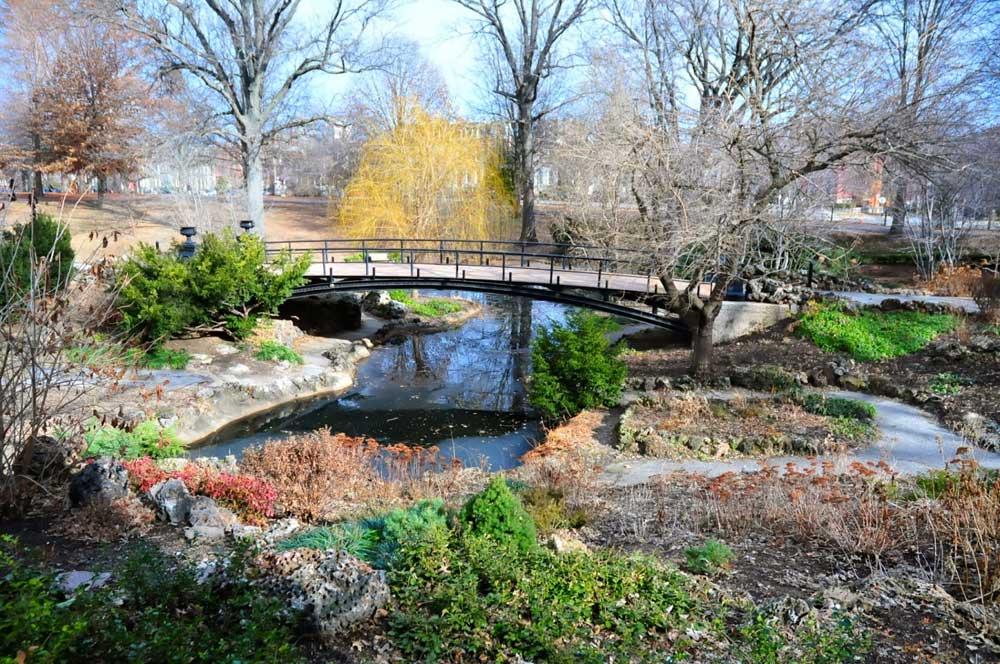 Lafayette Park was set aside from the St. Louis Common in 1836 and dedicated in 1851 as one of the first public parks, and by far the largest of its era, in the City of St. Louis, Missouri. It is considered by many historians to be the oldest urban park west of the Mississippi.

At 30 acres Lafayette Park is one of the larger parks in the city even though it is still dwarfed by Forest Park which is about 46 times larger.

Much of the fence and gates that surround the park are original.

There are walking paths throughout the park. Entering on the northwest corner, you can walk 40 yards and turn around and look north at the multi-purpose field used by, among others, a vintage baseball league.

The Saint Louis Perfectos are a Base Ball club playing by the rules and customs of the 1860's. It is the goal of the club to spread the game of Vintage Base Ball and to provide an entertaining and fun atmosphere for all. As a member club of the Greater St. Louis Base Ball Historical Society, players of all ages (over 18) and skill levels are welcome to join the club.

The south east side of the park has the beautifully restored and maintained Park House:

The Park House, built in 1867 for use as a police station, now serves as an office for the Lafayette Square Restoration Committee and a police sub-station for the City of St. Louis. It may also be rented for private events.

There are a couple statues within the park, one commemorating Thomas Hart Benton, the other George Washington.

Then you have the playground complete with new water fountains and sculptures from the late great Bob Cassilly.

Kids also love climbing all over the three canons in the park just west of the playground.

These ship's guns, relics of the Revolutionary War, were originally mounted on the 28-gun British frigate Actaeon. They lay underwater in the harbor of Charleston, South Carolina from the time that ship was scuttled in 1776 during the Battle of Sullivan's Island until the late 19th century. At that time they were raised and purchased by a group of St. Louis veterans who donated them to Lafayette Park in 1897.

Lafayette Park is one of the most popular wedding photo places in St. Louis. Among the spots chose are the Elizabeth Cook pavilion, the 3rd in this same spot.

And then you have the gorgeous, most serene section of the park at the Rockery, built in 1866. One of two iron bridges remains as one was lost in the tornado of 1896.