Overview and amenities for Hickey Park 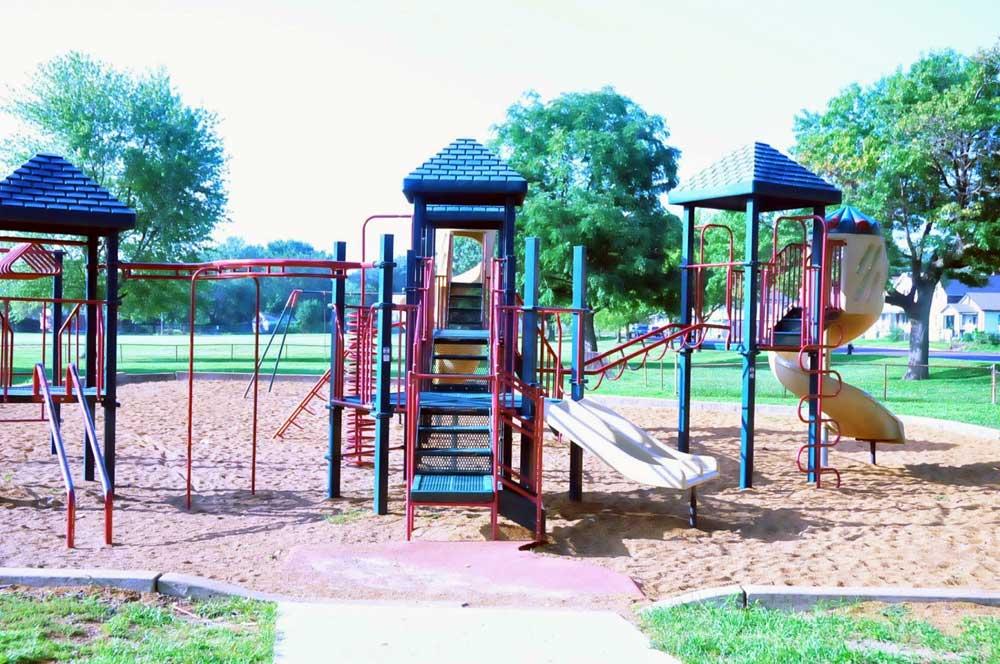 Dedicated April 10, 1941 and named in honor of David Hickey, the first St. Louisian who gave his life for his country in the World War in the Battle of the Toul Sector, February 24, 1918.

Tim O'Neil of the St. Louis Post-Dispatch did an excellent story on Hickey's involvement in the war and his impact on St. Louis; here are a couple snippets from that piece:

Hickey had grown up just north of downtown and was a newsboy. He later worked in shoe factories and the Post-Dispatch mail room, where newspapers were bundled. He played on local amateur baseball teams and never married.

Hickey was the first of 1,072 men from the St. Louis area who died in uniform during World War I.

The current Hickey Park is the second named in his honor. The first Hickey Park, established in 1941, was located at Goodfellow and Bircher boulevards.

This park was dissolved when the parkland was taken to build the ammunition plant on Goodfellow for World War II. The factory was visible from I-70. It was demolished in 2006.

Today, the park is made up of a small service building with bathrooms, 2 playgrounds, a basketball court, several baseball fields and a walking path that circles the park with the commonly seen blue workout equipment at various stations.