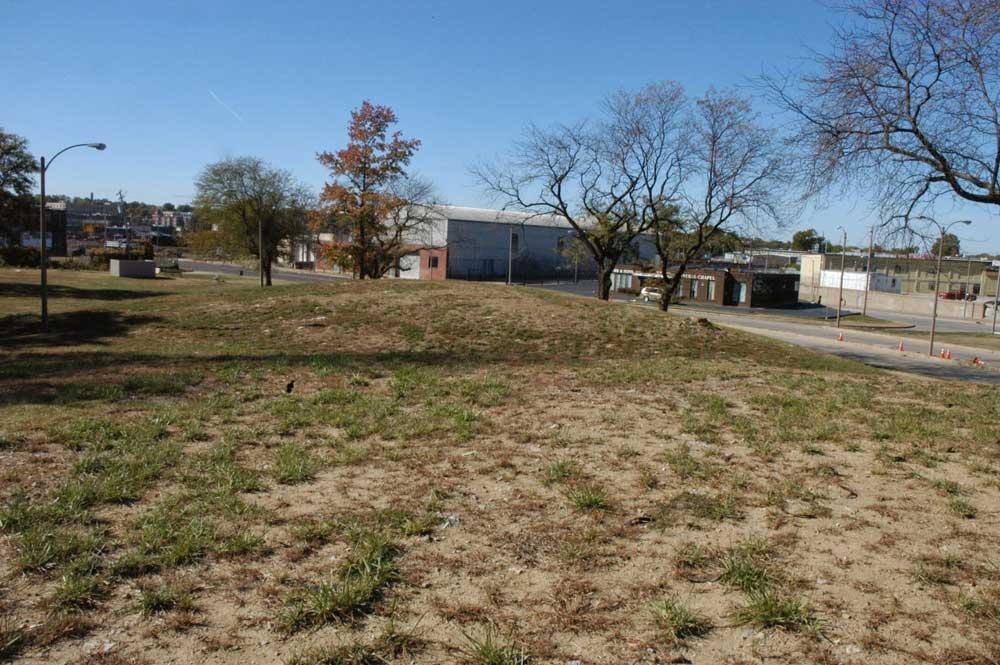 The park was placed into ordinance in 1959, it was formerly known as Catalpa Park named after the elegant tree with the long seed pods and large heart shaped leaves common in these parts and native to a very small area in Southern Illinois/Missouri/Arkansas/Kentucky and Tennessee along the Ohio and Mississippi Rivers. The Catalpa is one of the most quintessential Midwestern American trees truly native to this center part of the country, and has since spread throughout the Eastern U.S.

The Park was re-named on March 22, 1986 in honor of Gwen B. Giles, the first black and first woman to serve as City Assessor.

Giles was also a local civil rights leader in the turbulent and pivotal late 1960's, and the first black woman to serve in the Missouri Senate.