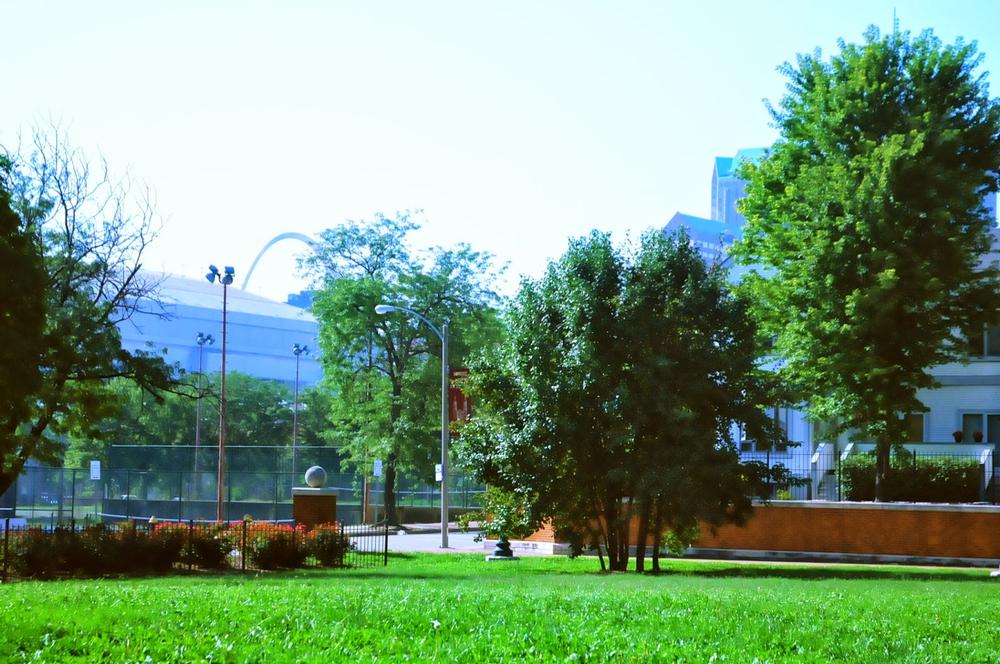 In 1979, the Rev. Edward Filipiak, for whom the park is named, was a one-man pastorate on a mission to save his church, built in 1844, from demolition. Archdiocese leaders planned a new building nearby but backed off after some former parishioners organized the Friends of St. Joseph, and the National Register of Historic Places designated the twin-spire structure a landmark.

What you'll see at this park is a grassy knoll of rolling berms and a few shade trees complete with benches and plaques in honor of Fr. Filipiak and those who've lost their lives in the line of work.