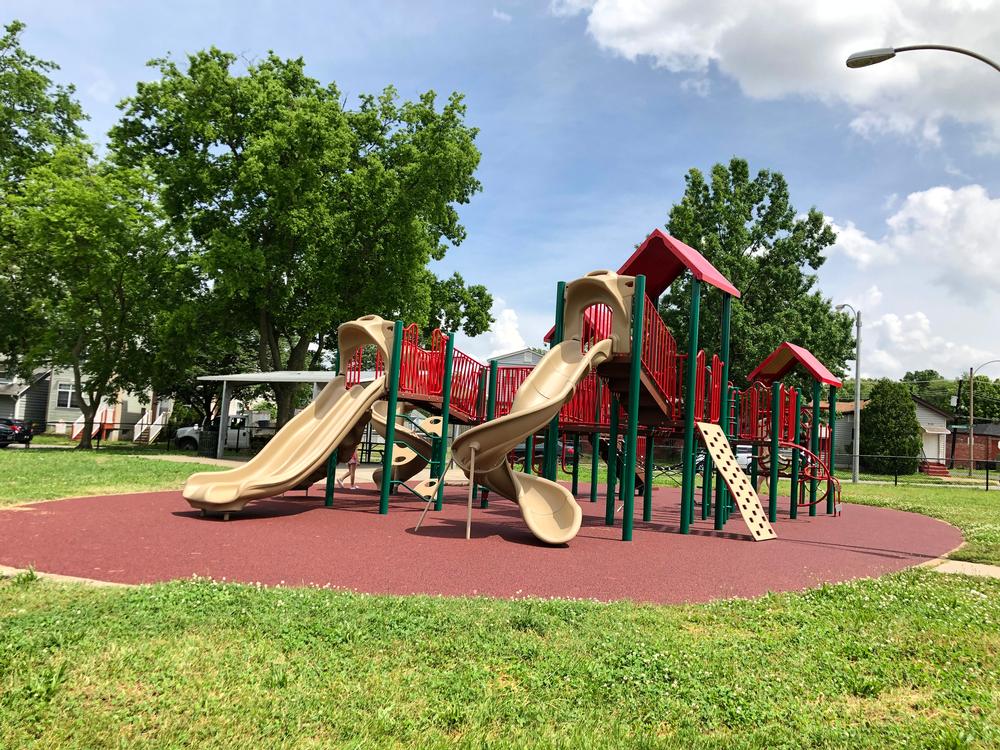 Carondelet Lions Park is located in the Patch Neighborhood, right in the shadow of the awesome, recently renovated Coca-Cola syrup plant, now called the Temtor that houses the delicious Perennial Artisan Ales. The Patch neighborhood, which was historically part of Carondelet City, lies to the southwest of Robert and southeast of Alabama.

This 1.7 acre park has been situated between Michigan, Minnesota, Davis and Poepping streets since 1929.

This tract of land was originally owned by Bryan Mullanphy who, in his will, bequeathed this property to the City of Saint Louis. Its use as a Park was recognized by the Lions Club of Carondelet and the possibilities of suitable development prompted action by the Club officers and members which resulted in the general improvement of the premises.

This is the perfect park to walk dogs, because there are gated entries to a fully enclosed 4 foot fence surrounding a walking path and center grassy expanse just begging the dogs to run and jump and play. There is even a pet waste station with bags and a small trash can. Pets are certainly welcome at Carondelet Lions Park!