Overview and amenities for Hyde Park 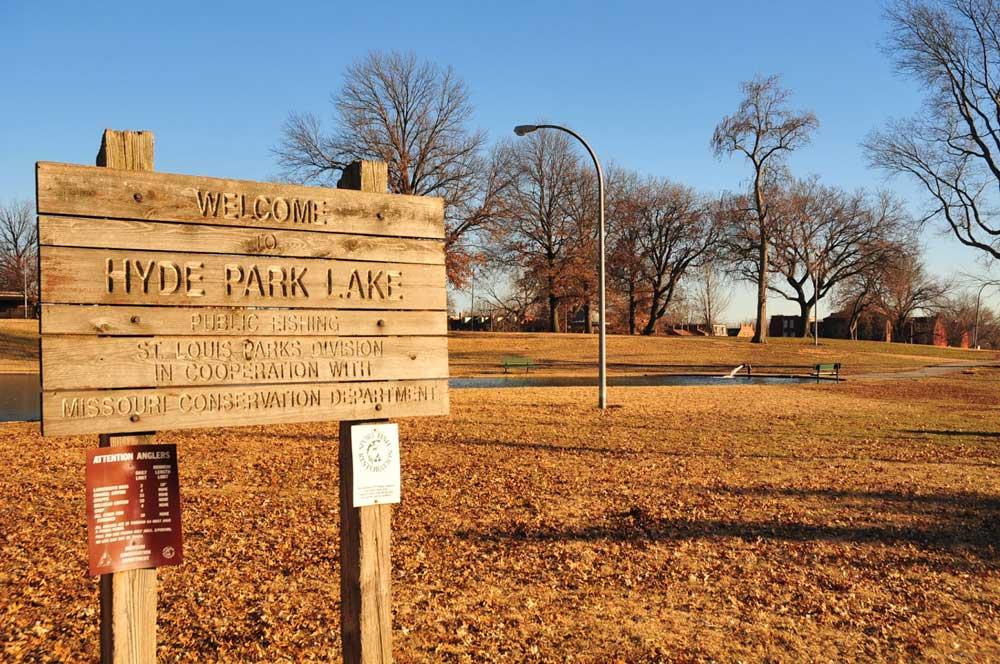 The neighborhood known as Hyde Park was once the town of Bremen.

Among the many Germans who migrated to the St. Louis area in the 1840's were quite a few who were natives of the German city of Bremen. Since many of these families had settled along Bellefontaine Road, this area was given the name of New Bremen after their home town. A survey of the town area was executed by Edward Hutawa in 1844 at the direction of the four principal property owners; George Buchanan, E. C. Angelrodt, N. N. Destrehan and Emil Mallinckrodt. They were the incorporators of the town of Bremen in 1850 and the four east-west streets were named in their honor. Broadway was the main street and was dedicated as a public highway on May 10, 1852.

This park is beautiful. It has a gazebo, fountain, lake, service building (closed) and playgrounds.