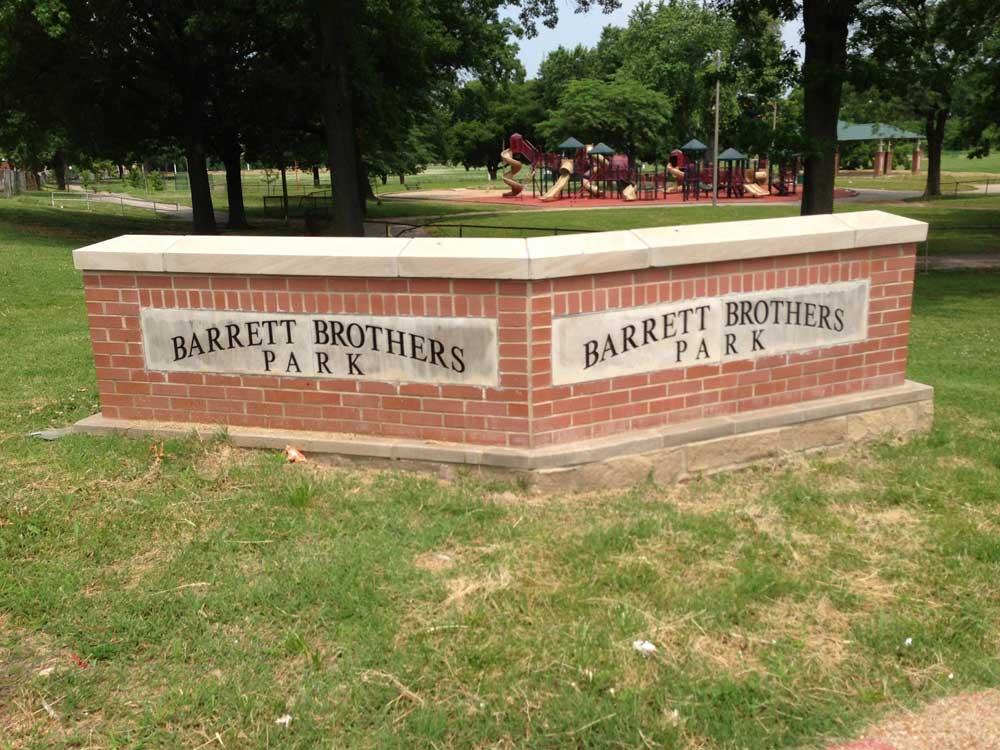 Barrett Park has been in existence since 1947. It is located near the intersection of Goodfellow Blvd. and St. Louis Ave. in North St. Louis.

The Barrett brothers, for whom the park is named, were young men who lived and played in this north St. Louis neighborhood as boys. They gave up their lives during World War II, along with four of their cousins – all great-grandsons of Irish famine immigrants Patrick and Mary Barrett. The park was dedicated to their memory in 1947.

Pfc. (Infantry) Francis P “Frank” Barrett, Jr. (1917-1945) died in Germany on 17 Apr 1945 after the German defeat, during the last days of World War II (V-E Day was 8 May 1945). According to his cousin Kathleen Barrett Price, “He was walking down the street after the war was over and was shot by a sniper.” He is buried in the Netherlands. He was 28 years old, leaving his wife Marie behind.

Marine Sgt. Florance “Florrie” Barrett (1919-1944) died on 16 Dec 1944, in Guadalcanal, of leukemia at the age of 25. He saw action in the campaign of 1942 as an aviation mechanic. Apparently he knew he was ill, came home on leave, but chose to return to Guadalcanal. He was reburied 13 Jan 1949 in the National Memorial Cemetery of The Pacific, Honolulu, Hawaii.

A nice brick and stone sign was added, a paved walking path around the perimeter of the park was lined with outdoor workout equipment and new trees to provide future shade for walkers/joggers. A beautiful new pavilion was recently built.