Overview and amenities for Amherst Park 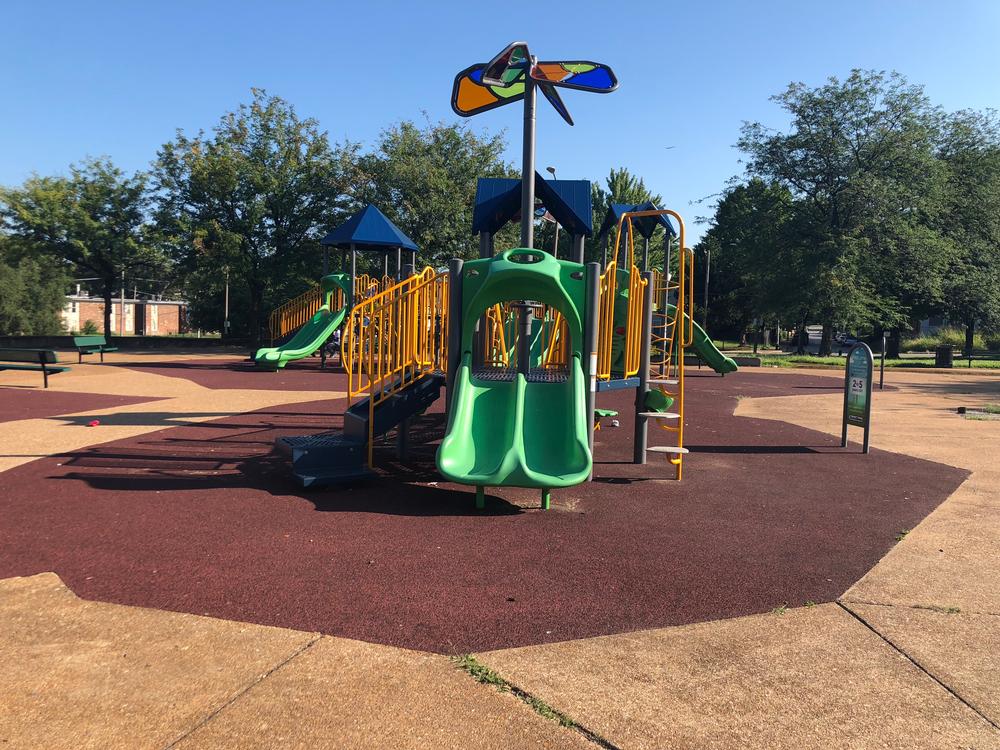 Amherst Park takes its name from Baron Jeffrey Amherst (1717-1747), a British army officer in the French and Indian war.

It's hard not to love the layout of this park and its potential as a destination place as it is very close to the recently renovated Ruth Porter Park and the St. Vincent Greenway which skirts Amherst Park.

The Great Rivers Greenway did an excellent job as usual with its walking/cycling trails. The trails were completed in October, 2012 and will eventually connect all the way into the burbs near the University of Missouri St. Louis campus.

The St. Vincent Greenway will tie together North County near the University of Missouri-St. Louis campus to Forest Park when it is complete. The newest section that just opened is a 1.3- mile long asphalt trail, which runs north from Delmar and DeBaliviere through Ruth Porter Park and then west to Skinker and Etzel.

When initially planning this section of the St. Vincent Greenway, the staff at the Great Rivers Greenway District was determined to improve the quality of life for residents along the trail, many of whom had avoided the park for fear of their safety. The District added safety measures to the trail for the protection of area residents – including ADA grading at each intersection along the path, brighter lighting and flattened paths with enhanced visibility for residents, trail users and law enforcement.

There has been a tremendous amount of investment by Great Rivers Greenway in the streets, crossings, easements and cul-de-sac's just south and east of Amherst Park leading to Ruth Porter Park. It's great to see this kind of investment in areas lines with old mansions and other St. Louis classic homes.