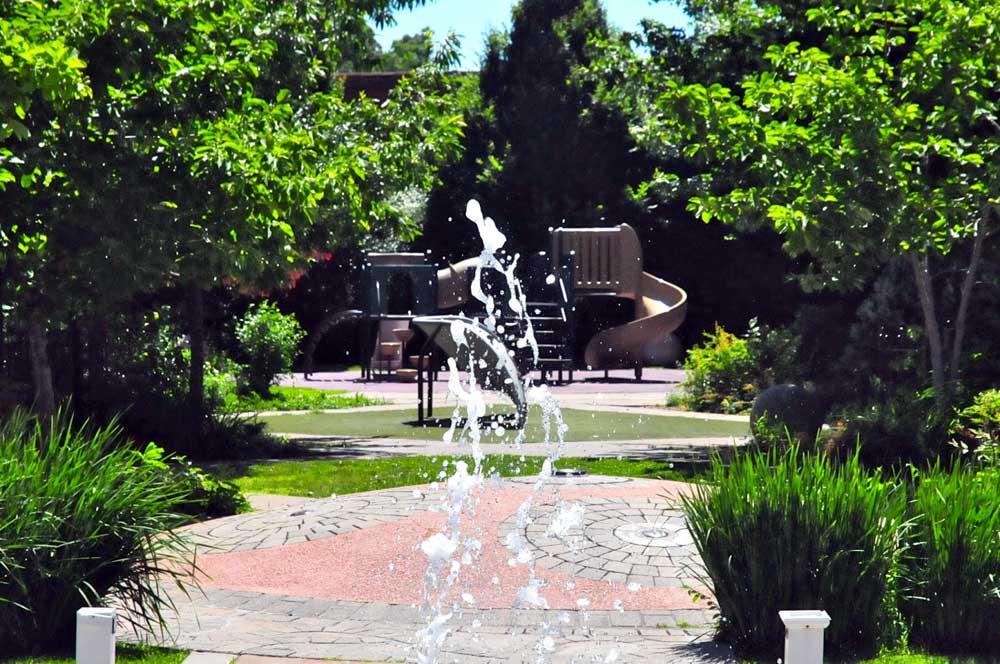 This park can accurately be described as a pocket park based on the small, irregular strip of land that it was built upon. The sliver of space is between Olive Street and Washington Avenue, just east of Kingshighway.

This park is fantastically done with its careful landscaping, shaded resting spots, peaceful and inviting from the sidewalk and interior. This park is an asset to the Central West End. Gateway Contracting was the general contractor that built the park.

The park is named in honor of former 18th ward alderman Samuel M. Kennedy who was a public servant for over 20 years.

A native of East St. Louis, Kennedy served as President of a Textile Union prior to running for his first unexpired term of office in 1967.
The accomplishments of Samuel M. Kennedy are vast. He was Senior Black Alderman on the St. Louis Board of Aldermen; Chairman of the Aldermanic Housing Committee, Floor Majority Leader, Vice Chairman of Ways & Means, a member of the Public Safety & Zoning Committee and several other influential committees. But the aspect of Samuel Kennedy's character which truly distinguished him as a man of great stature was his personable style and consideration of others.