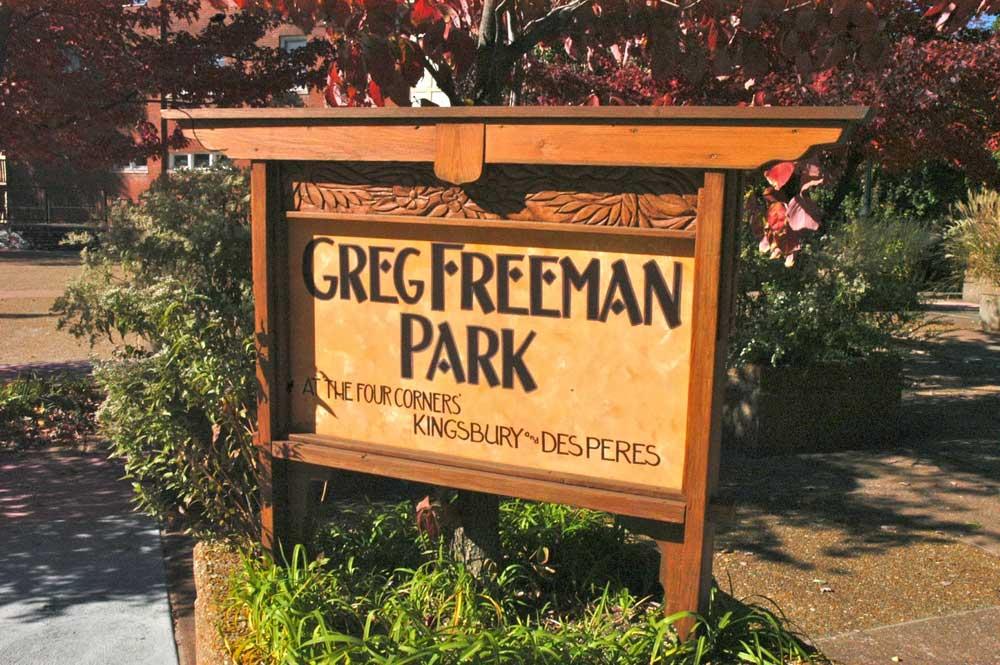 The park was named after Greg Freeman, a St. Louis Post-Dispatch writer who was beloved throughout the city. This was done in August, 2009 after he died in 2002.

From a 2009 Beacon article:
Freeman, who died in 2002, was known for his modesty and probably would have insisted that he didn't deserve the honor. But people who know him say otherwise.

The park is called the Greg Freeman Four Corners Park, as the space extends to all corners of Des Peres/Kingsbury, with the largest parcel on the southwest corner.

The park is quite unique in that there is little green space. It is has an urban NYC feel. There is a small stage and planters with vegetation providing shade and privacy.

The park is in the shadow of Joe's Cafe which is another treasure of the Skinker-DeBaliviere neighborhood.