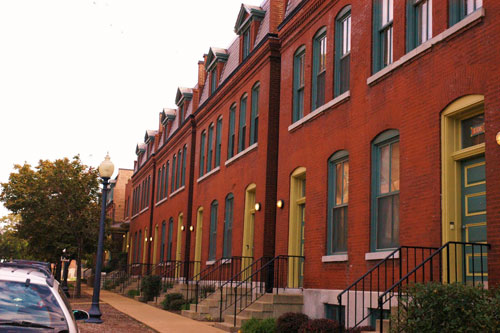 Strong, vibrant neighborhoods. Schools that teach all children well. A regulatory environment that favors jobs creation and retention. These are our priorities.

All three of these priorities are challenged by a recent spike in violent crimes. It isn't just the numbers. Violence corrodes. It makes us afraid. It makes us less tolerant. It tempts us to retaliate. It slows us down. It discourages change.

For most residents, violence is something that is distant enough from where they live. For others, it's everyday life and far too close. I'd argue, though, that wherever we live, we all want the same for our families. And, I'd argue even more fiercely, that living together in a City creates an obligation that we work to see that everyone can live well.

As City residents, we should not be satisfied until every child in every neighborhood can play outside after dinner, until every porch is a safe vantage point of a vibrant street life, until every sidewalk is a safe promenade, until every family can feel the same good things about where they chose live.

I was in DC this week to talk to other mayors about crime. Most mayors offered answers that are things we already do: stress education, pay for more job training, reduce lead poisoning, and ease prisoner re-entry. Find community partners. Use hot spot policing, CompStat, and Real Time Crime Centers. Task a senior staffer to coordinate the efforts of all City departments, making every employee an extra set of eyes, ears, and helping hands to keep neighborhoods safe. Use every tool available to reduce crime, drive down the murder rate, and support long-term neighborhood stability.

We do that. It likely works, but violent crime is still unacceptably high. So, we must do more.

So that you know what we are doing, I have asked that every effort and program be put in a single place and on the City's website. And because named things are easier to talk about, the overall effort will be called PIER, for Prevention Intervention Enforcement Re-Entry program.

PIER proposes short-, medium-, and long-term strategies to make every neighborhood safe. Much of it we're already doing. Some things are just starting. Others we will do. Some we will do if you support them. Some ideas will cost very little. Others will cost a lot. Some will require legislation. Most will not. Some of these initiatives will go unremarked. Others will be widely debated.

I will post the PIER plan in readable-sized chunks here on the City's website. And I will highlight new ideas whenever they come up.

First different idea: a revived Crime Commission. Kansas City has one;St. Louis had one 50 years ago. The theory is this: unless we involve everyone in the PIER Plan and its initiatives, we haven't involved enough people to reduce crime.

The new Commission on Violent Crime will oversee the implementation of the PIER Plan, to gather public input for the plan, and to recommend new public safety initiatives for my consideration. The Commission will seek input from aldermen, the Office of the Circuit Attorney, state court judges, federal law enforcement officials, and the state Attorney General's office.