Local Partners contribute $2.2B in Leverage to Transform Near North Side Neighborhoods 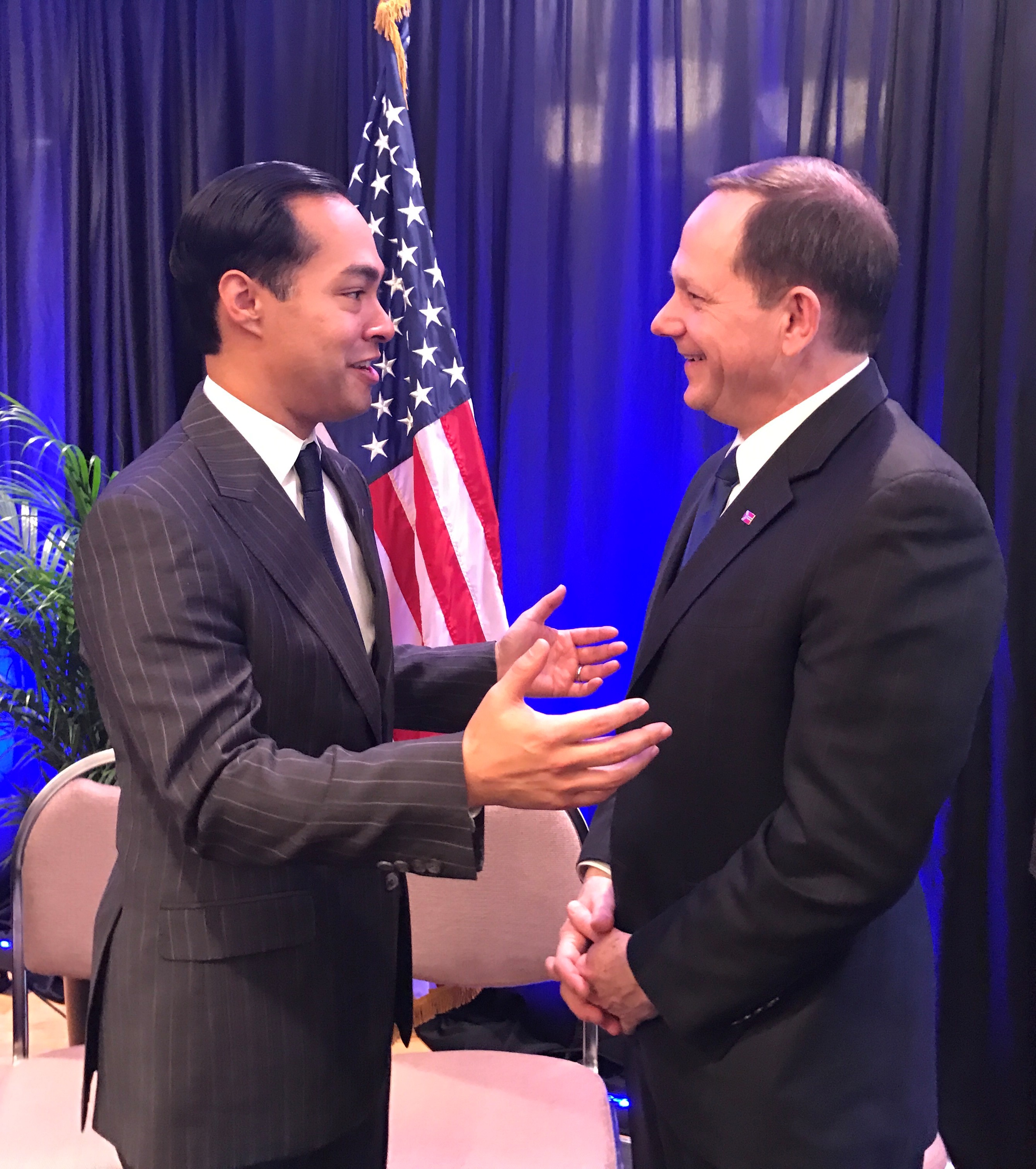 ST. LOUIS -- U.S. Housing and Urban Development (HUD) Secretary Julián Castro announced the winners of the prestigious Choice Neighborhoods Implementation Grant from one of the neighborhoods that will benefit from the award: the Near North Side in the City of St. Louis.

Mayor Francis Slay accepted the $29.5 million grant on behalf of the City and its partners dedicated to transforming the Near North Side. That transformation plan includes creating nearly 700 new and rehabbed affordable and mixed income housing units, along with a new community center. The plan also focuses on increasing home ownership and providing micro-lending, along with promoting health, education, public safety, social services, job training, entrepreneurship and neighborhood enhancements.

Over the past two years, Mayor Slay's Administration -- in partnership with Urban Strategies and McCormack Baron Salazar -- convened more than 100 meetings of local leaders, residents and stakeholders, such as universities and community colleges; the St. Louis Public School District and charter schools;business owners; hospitals and non-profits, as well as the St. Louis Housing Authority to formulate the plan and secure leveraged investments for the Choice area. 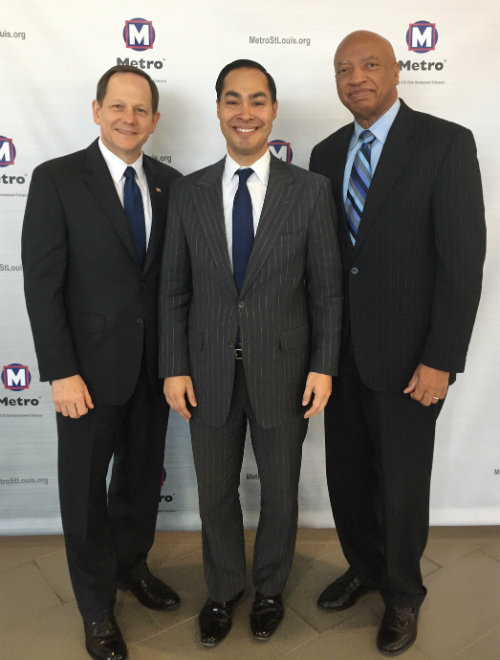 "These investments include those made by Near North Side residents themselves," Mayor Slay said. "Their involvement, input and advice was without question the most important component of our success. Together we have designed a blueprint for a strong, innovative, transformation plan that invests in housing, neighborhood, and most importantly people to bring about positive and lasting change to the Near North Side."

"These game-changing investments will breathe new life into distressed neighborhoods and offer real opportunities for the families who call these communities home," Secretary Castro said. "What we do today will leverage private investment and bear fruit for generations of families looking for an opportunity to thrive in neighborhoods that are connected to the economic and social fabric of their communities."

St. Louis's work on Project Connect, along with its designation as an SC2 City, Promise Zone, Preferred Sustainable Community, and Byrne Grantee further provided a strong foundation of partners and support to realize the Transformation Plan.

The City's Near North Side Choice Neighborhood Initiative encompasses Carr and Columbus Square neighborhoods, along with portions of Old North, St. Louis Place and the new home of the Next National Geospatial-Intelligence Agency (NGA) West campus. The Choice area is the poorest in the City but also uniquely situated to realize the extraordinary potential to create a more sustainable future for residents. More than $1 billion has been invested along the riverfront bordering the Carr and Columbus Square neighborhoods in the past five years. These investments include the $700 million Stan Musial Veterans Memorial Bridge that directly connects I-70 to the neighborhood, as well as the $380 million CityArchRiver effort to connect, invigorate, and expand the Gateway Arch grounds.

"This is great news for St. Louis — this funding will be a huge economic boon to the community and will go a long way to help revitalize the enormous potential in some of our struggling neighborhoods," U.S. Senator Claire McCaskill said. "I'm grateful to join with the many folks on the ground who have worked so hard building a strong coalition on behalf of our city."

"This grant will go a long way toward driving economic growth and development in an area vital to the future of St. Louis and the state," U.S. Senator Roy Blunt said. "This critical investment, coupled with the construction of the new National Geospatial - Intelligence Agency West headquarters, will transform the North St. Louis area, improving the quality of life and expanding opportunities for thousands of families. I look forward to working with Mayor Slay, elected officials, and community partners to move forward on the projects backed by this grant."

"This $29.5 million federal grant will allow us to plan and build a neighborhood bridge of sustainable development and services that will connect the historic Near North Side with Downtown and the new NGA campus at Jefferson and Cass," Congressman Wm. Lacy Clay said. "‎We have finally made a new beginning in North St. Louis."

"This grant is another step forward for the near north side, and another example of the unprecedented state, local and federal collaboration that will transform this distressed area into a vibrant hub of economic activity and innovation," Governor Jeremiah "Jay" Nixon said.

"Choice Neighborhoods will serve as a catalyst to create critical pathways for Near North Side families, businesses and stakeholders to thrive," Esther Shin, incoming President of Urban Strategies, Inc., said. "I am thrilled this opportunity is coming to my hometown."

"Now begins the challenge of taking this compelling vision developed by the residents and the stakeholders in the community and making it a reality," Vincent Bennett, President, McCormack Baron Salazar, said. "It will feel real to all of us when the first buildings start going up on North 14th Street."

Phase I construction is expected to begin by the end of 2017.

The City recognizes and thanks the following partners in its successful application for the Choice Neighborhoods Implementation Grant: